Saturday -- At Our Beach House!

We didn't leave as early as hoped (we never seem to!), but we were on the road by noon. It takes around two hours (or a bit longer) to get from our house in Portland to our house in Seaside, just for the record...

The cats were so good during the ride! Colin was only upset at the one spot he hates -- it's where the road is very curvy and it makes him feel car sick. Marilyn is really kind about it, driving as slow as she can there. She also pulled over for a few minutes to let him settle down before proceeding. (She did that the last time we came down, too.) It gives Colin's tummy a chance to calm down for the rest of the ride...

The first part of the drive was quite foggy! And there was a lot of frost around (as it got really cold last night!). But much of the drive was BEAUTIFUL -- clear with very blue skies. Just lovely! It makes you glad to be alive.

It's great to be back! We were last here on January 2, so it's been around two and a half weeks. We want to try and get here at least once a month during the year, if at all possible.

In 2012, we spent Easter, the Fourth of July, Halloween, Thanksgiving, Christmas and New Year's Eve at our beach house -- which is pretty impressive, when you think about it. It had been our goal when we were first thinking of getting the house (long before we knew we had it, or closed on it) to spend holidays here, so it's wonderful that it actually did happen.

On that note, I have some current beach house photos (just a few).

[Clicking these will take you to the larger version of each photo.] 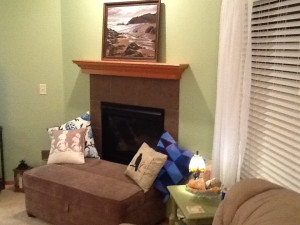 Fireplace and mantle with painting and pillows... 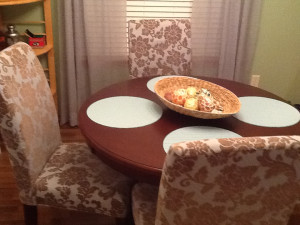 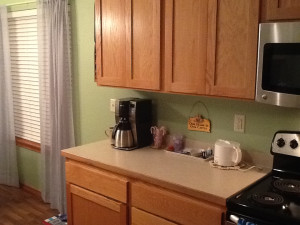 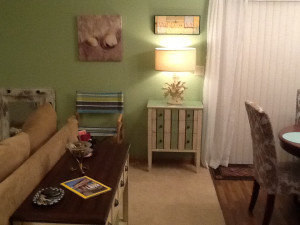 Looking toward the living room... 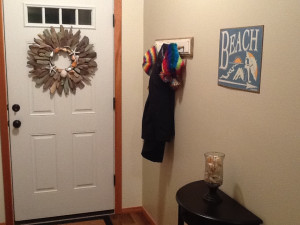 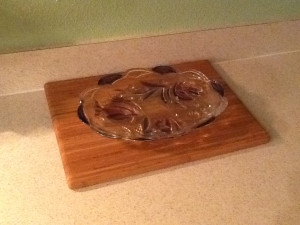 Cutting board (from Donn & Denise) and dish. 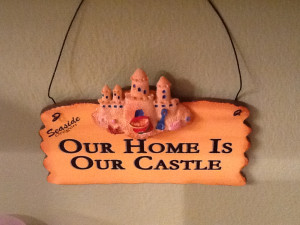 Marilyn, Colin, Henry and I have spent a very LAZY DAY at the beach -- pretty much lying around, reading, watching TV and snoozin'. (smile) Most of the TV has been the Australian Open (tennis). We had chili for a late lunch and then did go shopping at our local Safeway, rather late in the day...

Hope you're all having a good weekend!