When sister Sue and I went through all of Mom's stuff back when we needed to empty out Mom and Dad's house, it was hard not to keep a lot of things. Mom had only been dead a short time and emotions were running high. So we kept more than we should have, considering neither of us had a lot of space to save things!

As time has passed we've managed to get rid of more and more things, which is as it should be, I'm sure. Recently Sue decided to get rid of a rather large box of Mom's doilies. She asked if I wanted to have them, and I told her I'd look them over and decide. Marilyn was the one who made the SMART suggestion that I take photos of them and save them -- that way I could have the memories, without a lot of extra stuff to store that we didn't need (and would never use).

Today my neighbor June actually took most of the doilies, which she thinks she'll have a use for. I suspect she'll use them for some kind of crafts project, perhaps for her church. I'm good with that, because I took a bunch of photos and was ready to say 'goodbye' to these items.

Many of them were made by Mom or Grandma Elsie, but others were purchased. They use to be all the rage. (Those unfamiliar with doilies can read about them HERE.) We grew up with doilies all over the house when we were kids! They were on dresser and table tops and used as antimacassars on sofas and chairs (draped on the head and arms of the cushions). They certainly made cleaning a lot more difficult! And they could be a real pain to wash and iron, by the way!

Here's a small sample of these...

PHOTO SHARE! Note: clicking these will take you to the larger version. 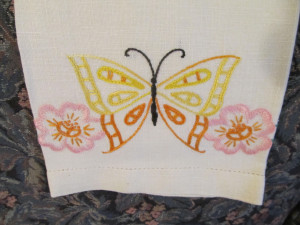 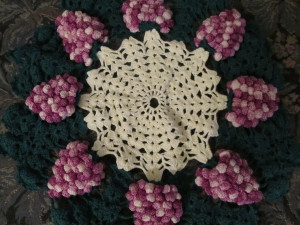 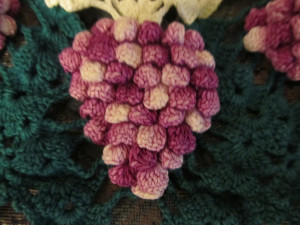 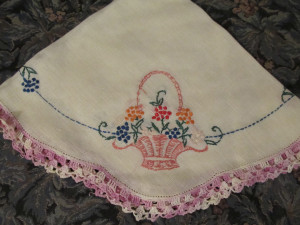 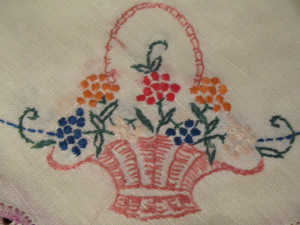 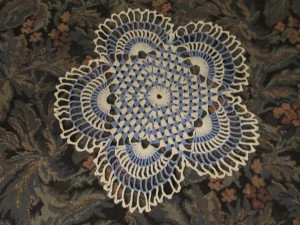 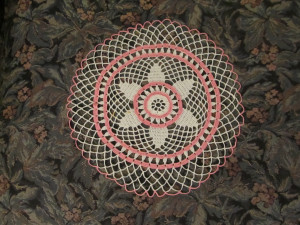 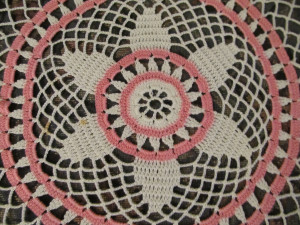 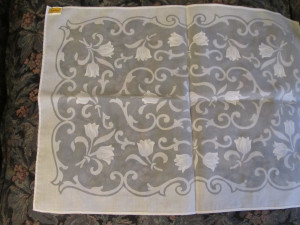 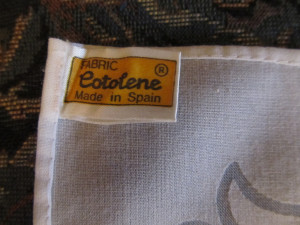 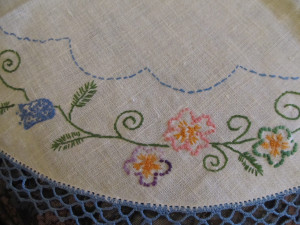 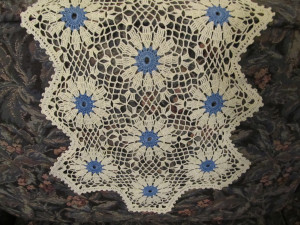 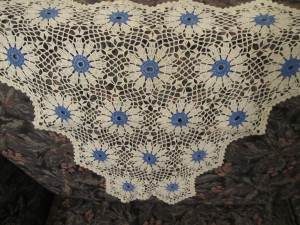 Gosh, that's an even dozen! (smile) As you can tell, there were matching sets, items with incredible detail (like those raised grapes) and delicate lace patterns. And great care was spent on the embroidery. Some pieces were purchased from other countries, such as the one above from Spain. These were cherished pieces for my mother, and I imagine some may have been passed down through the family (but I really don't know for sure).

There were TONS more -- and I do mean tons. They ran from large to small, heavy to delicate and included several colors (though most were cream, white or off-white).

You can view ALL of the doilies (that I photographed, that is!) HERE, if you wish.