Lost One of Our Best Friends... Goodbye, Mitch...

This has been a DIFFICULT day. Marilyn has been terribly sick with a bad tooth (this started yesterday, but she was much worse today) -- and I've been very worried about her. She's swollen beyond describing and in awful pain. I spoke to Mary (my dentist) three times -- she's having Marilyn come in tomorrow morning so she can do something. In the meantime, Marilyn's taking some of my antibiotics to try and get it under control -- but she can't face the heavy-duty pain meds, as she's too sensitive to them (and always has been).

Sister Sue took me shopping at one point. Then when we got back, there was a call from the police (!!!). Anyway, the chaplain phoned to tell us our friend Mitch had died. 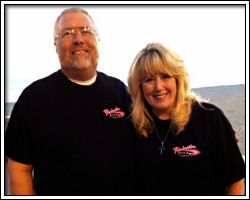 We last saw Mitch on July 31, a little over two weeks ago. (I actually blogged about that HERE.) This is our peer, and it's SO HARD to lose him. Marilyn and I are shocked and sad and crying -- and in total denial. (Yes, Sue feels really bad, too -- don't get me wrong. But this is someone the same age as the two of us -- we went to school and Sunday school with him...) He was one of our BEST FRIENDS.

And I guess I was the first to be told. The police didn't have information to reach his next of kin, so they phoned here. They were actually calling on Marilyn's cell, but I answered it (because of her being so sick).

Then I had to Facebook message Mitch's niece and ask her to call me. I had the Chaplain's phone number and told him I'd track someone down for him. (I unfortunately didn't have the phone number for Mitch's brother or for his niece.) Gena called me and I was the one to tell her... (She remained very composed, I have to say. We were both trying hard not to sob as we talked.)

Mitch was also a friend of our friend Mike (the President of RHSAA), Marilyn had me call and tell him -- he's was equally shocked to hear. Sue called the church where Mitch worked -- he's been their organist for more than 30 years! I called and told neighbor June, too (who knew him mostly through Mitch's deceased mother, who attended the same church as June).

Later Mitch's brother Taylor phoned and I talked with him. He's going to call back on Monday. He told us that Mitch had been dead for two weeks. We did try to phone him last Sunday. Now we know why he never called back. (We'd figured as he was on vacation he might have taken a trip, as he's been known to do in the past. We never assumed he might be dead at his age...)

Mitch hadn't been in ill health. His birthday is two days from now (we were planning to take him to our beach house next weekend to celebrate -- we have always done something to celebrate his bday each year) and he would have been 56. (Who would have expected him to die suddenly in his mid-50s???) You can see my post about Mitch's 50th birthday HERE, if you like... It seems like yesterday...

We had so much in common with Mitch. We were brought up in the same church. We all loved tennis -- and Mitch was my doubles partner for years and years! Marilyn has been talking about all the times she and Mitch would go play tennis together, then sit on the court and talk for hours. He was well-educated, intelligent, had a GREAT sense of humor, liberal politics, a love of the arts and especially music. He had a GREAT musical talent as an organist. He was well-read and we shared many of the same interests in reading topics.

They had to knock down the door to get in and find him. Neighbors noticed papers piling up and that he hadn't been out working in his yard the way he usually did. How very sad.

Not hearing from him in two weeks wasn't odd for us -- we could go for months without talking sometimes. But it had been odd for him not to return our phone call almost a week later (after we called him last Sunday).

I guess he had a better view this year of the Perseides than we did... (And I'm sobbing as I type this.)

I have to stop now, because I'm getting too upset...