You can decidedly tell that autumn is, indeed, here. Suddenly you need a jacket in the evenings, for example. It's still sunny and lovely, but the season has changed -- and that's not a bad thing. We get really wonderful 'Indian Summers' here in Portland, as a rule. And it's a favorite time of year for both Marilyn and me (and sister Sue, as well).

Today Marilyn and I headed down to Sauvie Island to pick more green tomatoes. With any luck, this won't be the last of them this year!

Here's some photos of us on there, doing exactly that. These are from last year, however!

You can CLICK ON THESE PHOTOS to see the larger versions. 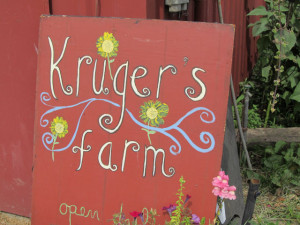 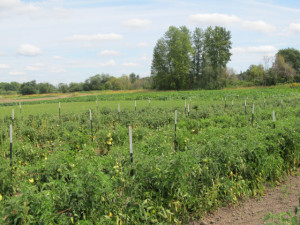 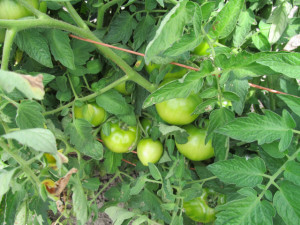 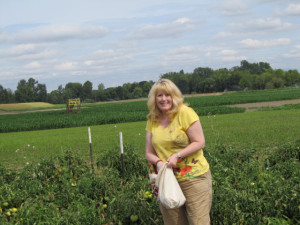 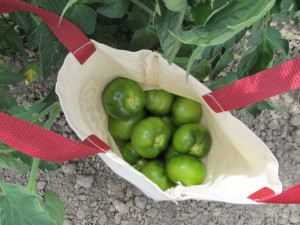 I've been down today -- still feeling depressed about the loss of our friend Mitch. Just when I thought I was dealing with this, we attend the Memorial and it's all fresh again -- and very painful. I seem to be on the verge of tears every minute, and totally not able to control my emotions.

I know it hasn't been that long since his death. With all that's been going on, it seems less recent, actually. We've been so busy lately.

They messed up the date on his Memorial service program, by the way. They had his date of death as August 28, instead of August 18. The minister also screwed up (surprise) and gave that as the date, saying Mitch was 56, rather than 55 (his birthday was August 20). Do ministers EVER get it right at these things? I can't tell you how many times I've heard screwing up during memorials... sigh...

After going to the Island, we took it easy. Marilyn and I both had long naps. We had planned to go to the office, but skipped it. We'll just go in early tomorrow and make a long day. What's the difference, anyway?

Tonight while watching "Remington Steele" (a fave episode, "Steele Crazy After All These Years" -- the description of the episode isn't all that great) we ate a mess of fried green tomatoes, mixed (as usual) with fried red tomatoes and fried zucchini. Yummy late dinner!

Well, it's nearly midnight, so we need to head to bed soon. That's all for today!