Today is the birthday of my friend June's deceased mother, Dorothy (who was also a friend of mine). Dorothy died 10 years ago, in 2004 -- but that's very hard to believe!

She was an amazing woman. Strong-willed and physically strong, too (until cancer wore her down). And she was someone who reminded us that age really doesn't have to matter! 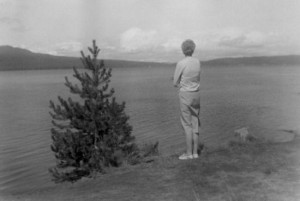 And old black and white of Dorothy when she was younger. 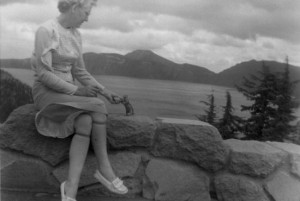 Another black and white of Dorothy younger. 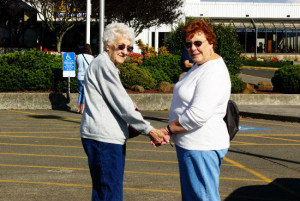 This is Dorothy with June. 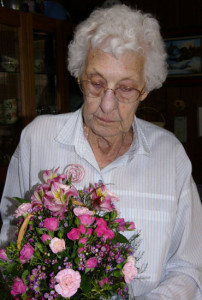 I love this shot of Dorothy with the flowers! 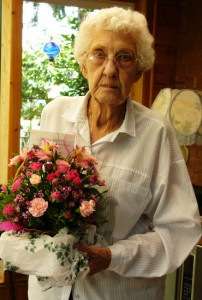 And this one, too.

This final photo is of June (a favorite of mine): 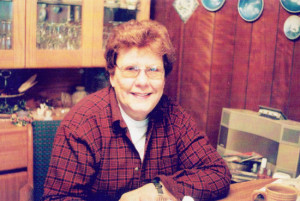 Marilyn and I watched more tennis today. Then we went to the office for several hours. I got to give Jeff his belated bday gift and chat with him about several things.

Marilyn had a HUGE project to get done, so we didn't get back home until 7:30. I had to rush to make dinner, because Marilyn has an appointment for a blood draw in the morning -- and she needed to fast for 12 hours prior to her 8:30 appointment! (We barely got done with dinner in time.)

Then I went over to June's house to fix her computer, which had five malware/spywares loaded (!!!). Hopefully I got them all, but they might be embedded in the regedit, which would mean she'll need more advanced help with them... Keeping my fingers crossed, anyway!

Still Role Playing (RPing) at Instagram, but it's not going all that well. There are four of us, but the other two people involved really appear to hate (or at least dislike) my character, which is a downer, I have to tell you. There's no right or wrong here. It's like writing fanfic: I will defend to the death your right to see each character the way you want to. But I got involved because Marilyn wanted a certain character to play off of -- and I'm enjoying that. When she and I RP, it's fascinating! Like writing fanfic on the fly. We come up with lots of interesting concepts. Anyway, there's no reason the other two people can't continue to RP with each other (which they prefer), and that we can't RP with one another. The four of us do NOT meld, however...

Not sure what else I'm leaving out... Anyway, that's it for today!