Marilyn actually seems worse, I'm afraid. So feverish, and she's got a sore throat and headache and more. I think she just needs to keep on doing what she's doing, staying down and resting. Getting a lot of sleep. She's frustrated by being sick all summer long, so far. But it's little wonder. I guess Carol has been sick, too. Our staff just tends to be sick in July...

We're currently watching the TV series "The Bridge." It's been on the air since last July, so we have a full season to catch up with. It's extremely well done. There are several fascinating things about this show. One of the main characters has Aspergers -- and it's portrayed very realistically (you'll recall my friend has this condition). Plus it's based on a Swedish/Danish TV show, which they've turned into an American/Mexican series. Anyway, we're really enjoying it. Realistic story, good acting. It really gives us a sense of the cultural differences. And shows how different lif is in Mexico.

So, I'm trying to use the LiveJournal App to post this. Lately I've been posting a lot from my iPad, and there doesn't seem to be any way to upload images from the iPad (quite annoying). But supposedly the App will allow the sharing of photos. We shall soon see!

Recently KGW posted about the heat frequency in Portland in July. I missed getting photos then, and even wrote to the station about it. Today they shared again, and I took pictures to share. 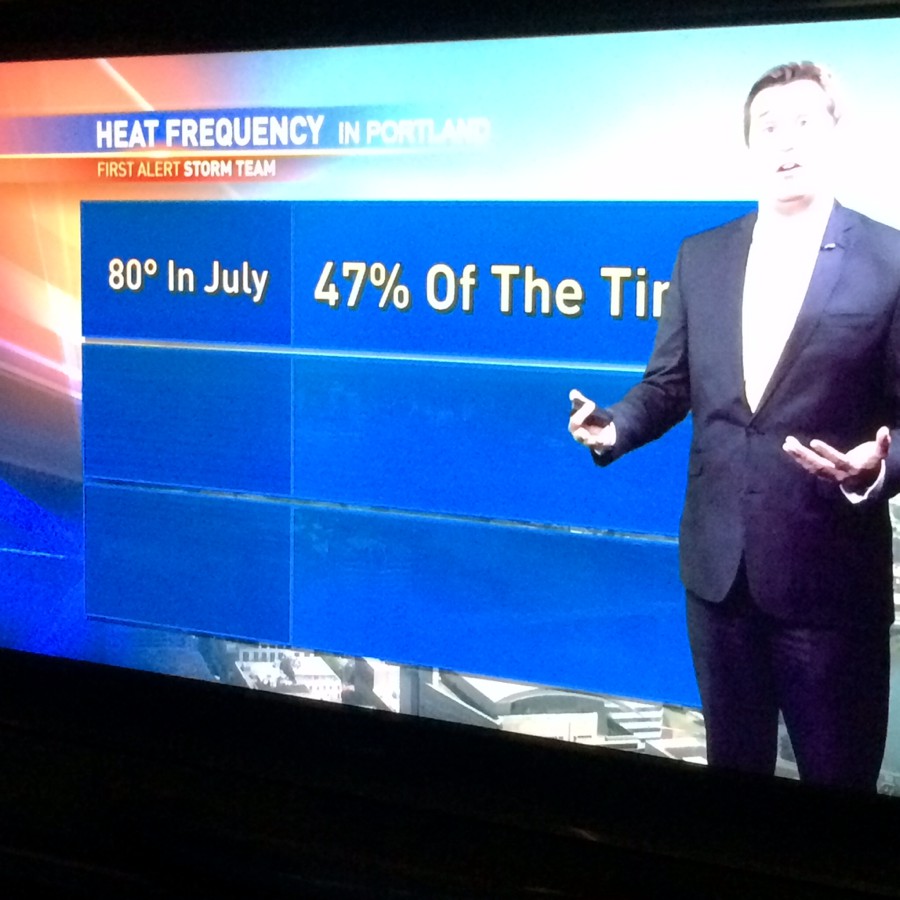 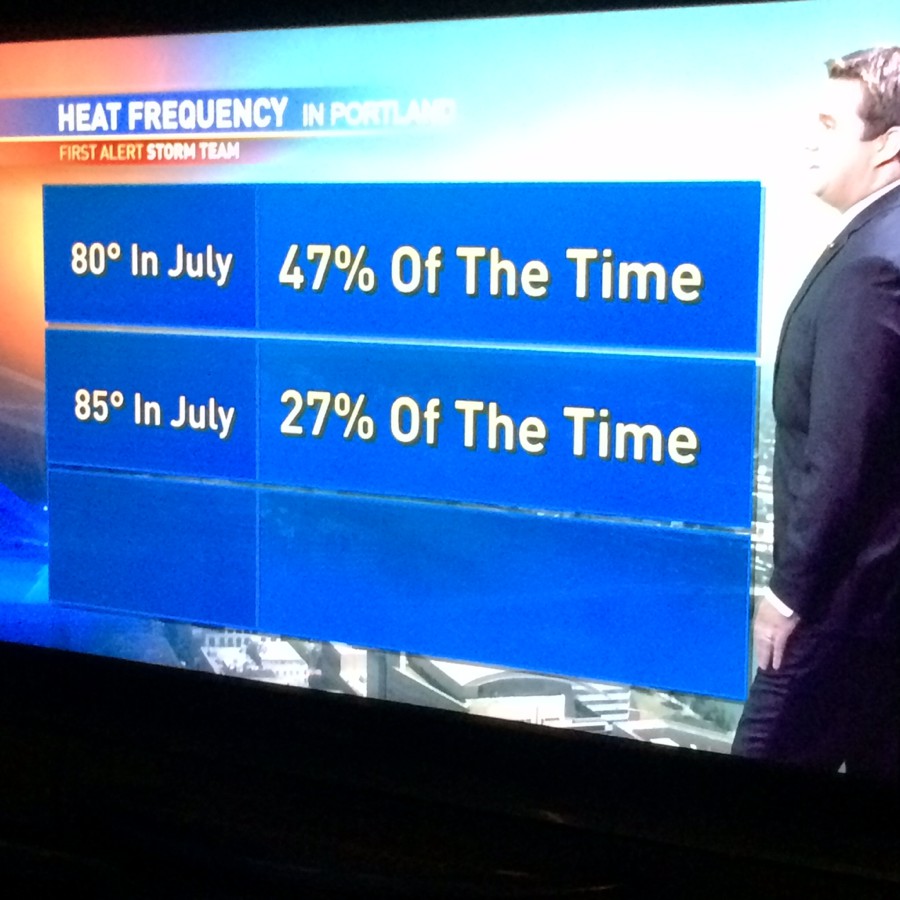 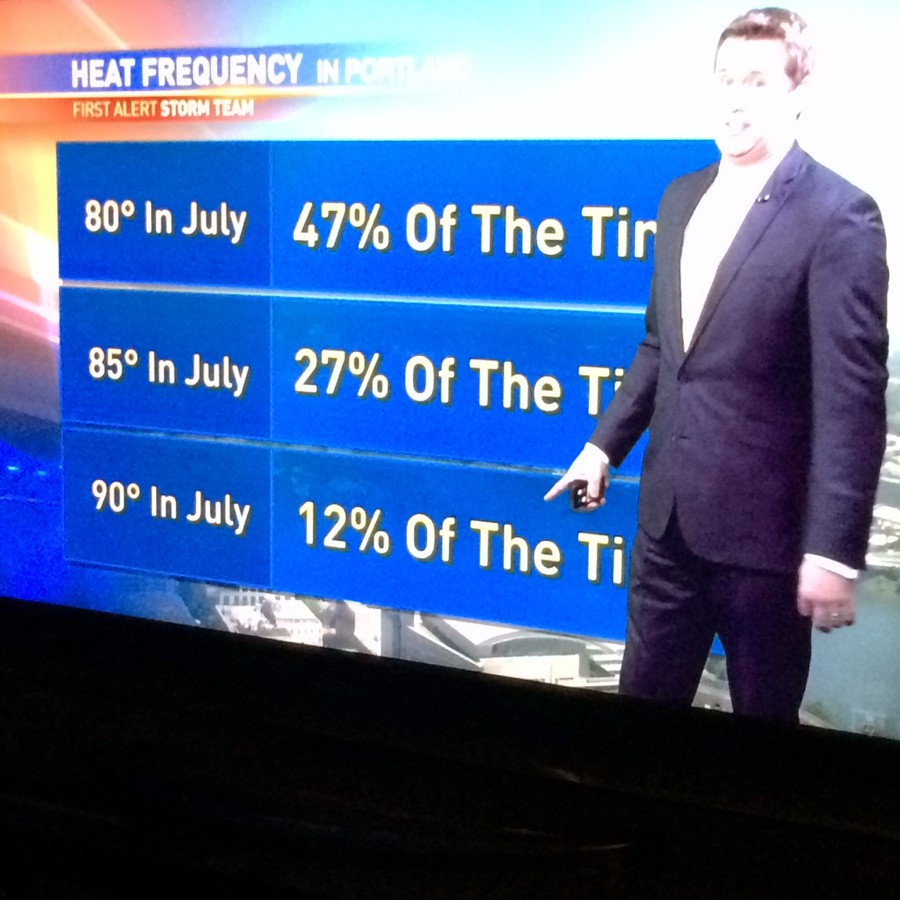 This really shows how hot it can get here this time of year.

This App won't let you change the SIZE of images, which is why I stuck them behind an lj-cut. I'll keep playing with the App to see if I can figure it out.

I finished my book "Tankbread," by Paul Mannering. It was actually a new twist on zombies. There were aspects I didn't enjoy that much. Even for a zombie novel it was over the top violent and disgustingly gory -- plus I didn't like the sex scenes, which I thought were just too much. (Sometimes less is more.) And the expletives were also too much for me. Yet there were some interesting aspects to the story, which kept me reading to the end. I should probably do a review at Amazon.

If I can figure out sizing of photos, I'm going to start sharing a bunch, finally!

So, I did end up updating the IOS on my iPad. There are some really good aspects to that! I'm really glad I did it, even though it was a big pain...