We had lovely weather for the event! And there was a wonderful turnout from the band and a great showing for viewers, too! It's extremely moving to hear this HUGE band play, by the way -- and they're very good! There are more than 500 members -- so it may be the largest band in the world. I often say they're the best band in the world, as they have such a wonderful sound!

[click the photos below to go to the larger version] 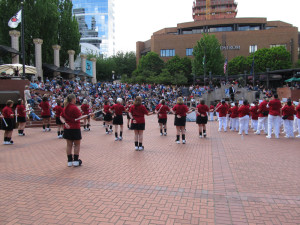 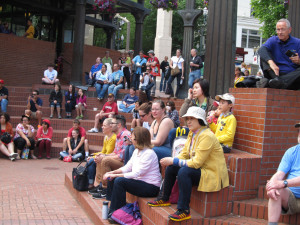 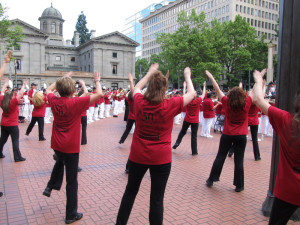 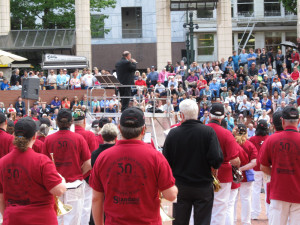 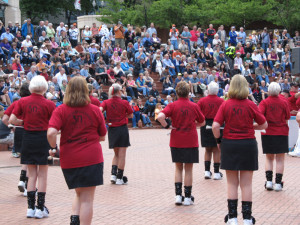 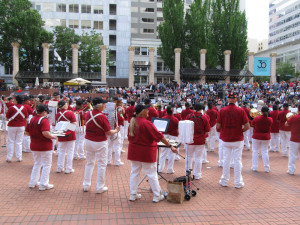 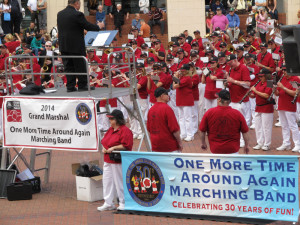 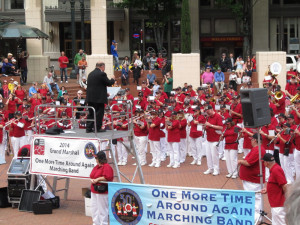 Marilyn and I loved it! I even cried during it. There's something so wonderful about standing in a huge crowd of people and sharing amazing music as a group. It's hard to express...

We spent much of the day SLEEPING (catching up on sleep we've been missing, I guess). We're in the midst of it all right now -- so much going on! The Half Marathon (and 10K) are in the morning, plus we have a ton of errands to run. So tomorrow will be another big day.

The festival officially starts next Friday -- but we have things going on every single day now! So I'll have to make a real effort to keep blogging.

Sorry I'm not reading and commenting as much as usual. Just so swamped. Hopefully I'll be back to it in about a month, now!

(Yes, we were going to go shopping tonight -- we really need to. But we slept, instead. So damn tired! Hopefully we'll get that shopping done tomorrow, along with everything else... sigh...)