What did I do today? I cleaned house. It needs it, so it feels GOOD to go there!

The happy moment? When Amanda complemented the bathroom to Marilyn (!!!) -- considering I didn't think it turned out all that great. (smile) It's certainly better than it was, so I'm happy.

The thing in the bathroom is: It's very OLD. It really hasn't had anything done to it since the house was built (in 1954, mind you). The sink is stained and rusting. I clean it as best I can, but it is what it is. The floor is a 'stick on' type I did when we moved in (19 years ago). It wasn't done that well (hello!!!), and it's also stained. The counter is old. The vanity is bad and the lighting is old. In fact, the light switch has been acting up -- often I have to turn it on and off several times to get the lights on.

You know, I'm not complaining. I'm really thrilled that we have two bathrooms in this house! We grew up in a house with only one (for a family of five at one point). And our first house only had one bathroom. And this isn't a small, cramped bathroom. It's not fabulous, but I actually like it a lot, even so...

I did take the vent in the floor outside and worked it over. It's old and even though I've painted it before, it's rusted again and was pretty nasty looking. So I used two different cleaners and a wire brush on it. Then I painted it with Rust-Oleum paint (that I happened to have in the garage). It took AGES to dry, or I'd have done a second coat. But even with one coat it looks far better than it did before, believe me! (smile)

I need to share photos. That would help people -- to be able to see what I'm talking about. Frankly, it probably doesn't look nearly as bad as I'm making it sound. Especially now that it's clean!

So I took the time to take photos and upload them (a huge pain, but whatever!). So here they are!!! 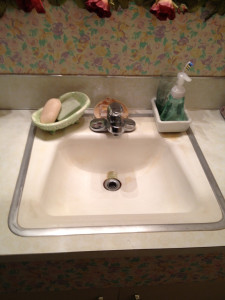 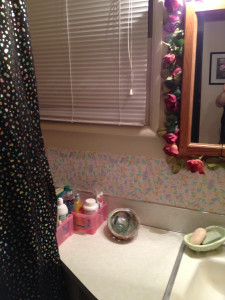 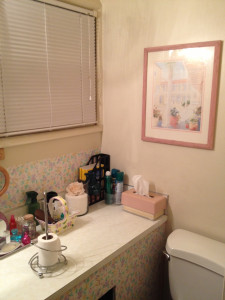 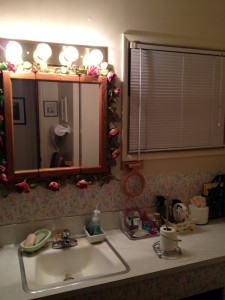 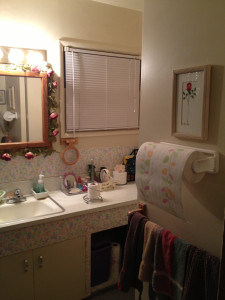 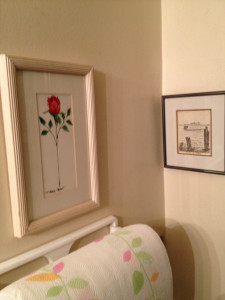 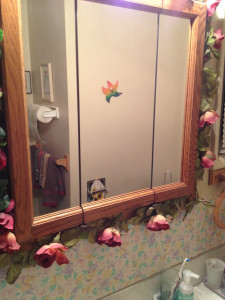 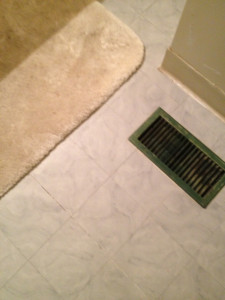 Of course, those aren't the best photos ever, but you get an idea of what it's like, I think.

This entry has now taken me FOREVER to do, so I'm going to stop for tonight. I'll try and post again tomorrow. I do have a bunch of photos of the living room to share -- maybe tomorrow...